Whereas my oldest son is pretty indifferent to the junk decor in his room, my younger son fully embraces it. He loves to go to auctions and rummage sales and has started a few collections of his own. 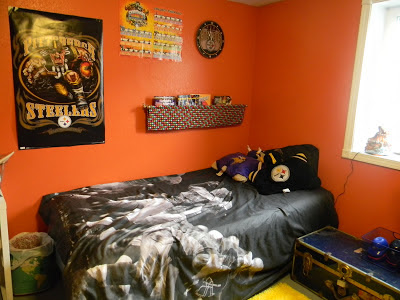 My younger son is the sports fan. His favorite team by far is the Steelers, but he has a mixture of teams in his room. On the bottom left is his metal map garbage can he picked up at an auction last year. 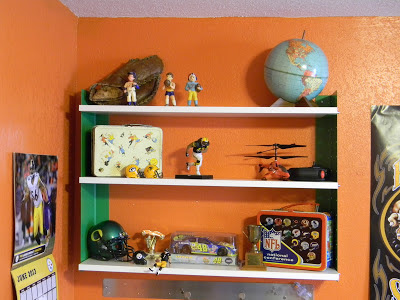 He picked up the map garbage can because he has been collecting globes. One sits on top of his shelf above his desk along with a couple of lunch boxes that he found, one at Junkfest and one at an auction. Yes, he loves Junkfest too! 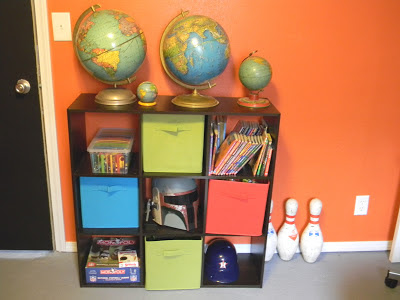 Here's just a few more of his globes. 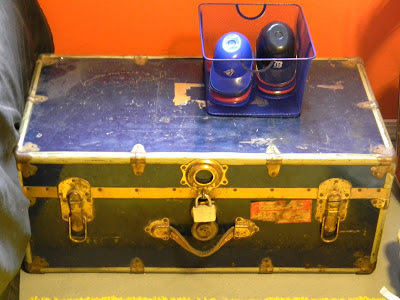 He's also got a really cool metal trunk in his room too. I found this trunk several years ago at a thrift store. It was previously full of my daughter's dress up clothes, but I had to take it because it was always meant for my son's room. Oh well, I guess that just means I need to find another trunk for my daughter!
Posted by Stacy at 7:30 AM