My finds in new homes

When I'm looking for things for my Etsy shop, really I just buy what I like. That was part of the reason for opening the shop. I have way too much stuff and some of it needs to go. Now it's fun to see something and not have to debate buying it because I'm not sure I have a place or need for it. Now I buy it because there's always room on Etsy!
﻿ 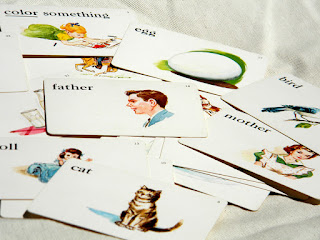 These flashcards were my first sale. I would have loved to keep them, but really I didn't need them. 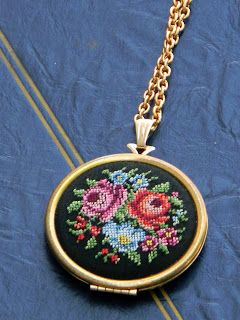 I don't really care for jewelry, but I just thought this necklace was a cool and funky piece. When I got home and inspected it further I discovered it was an Avon necklace. It ended up going to Moscow. I had another set of these pillowcases, but in blue. They were still in their original packages from Montgomery Ward. The person who bought both said it was exactly what she was looking for. She snatched them up within a couple of hours of posting them. 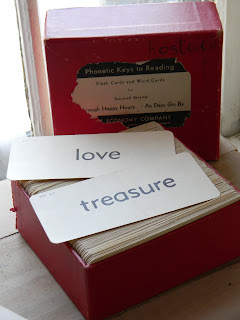 I debated long and hard about selling these flashcards. But really, what am I going to do with a couple hundred flashcards? In the end I decided on a price I could let them go at. If they didn't sell, then I figured they were meant to be mine. I guess they were meant for someone else because they are on their way to Texas. 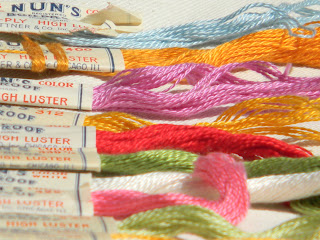 I found this Nun's Boilproof Thread at a thrift store. I can't help but buy things with great graphics and fonts. The person who bought the thread had recently bought a Nun's Boilproof cabinet with drawers for thread. I bet that's a neat looking cabinet.
﻿
Posted by Stacy at 10:25 PM