I wish this idea was mine, but I did get the idea from an Ikea hack I saw online. I can't find the link to give proper credit, but it was a side table with concert tickets covering the table's top. When I saw it I knew I had to do the same thing with my Minnesota Twins tickets.

This was one of the times that I appreciated being a pack rat. I've been going to Twins games since 1989 and I still have a ticket from every game I've been to. I love the look of those early day tickets mixed in with recent game tickets. 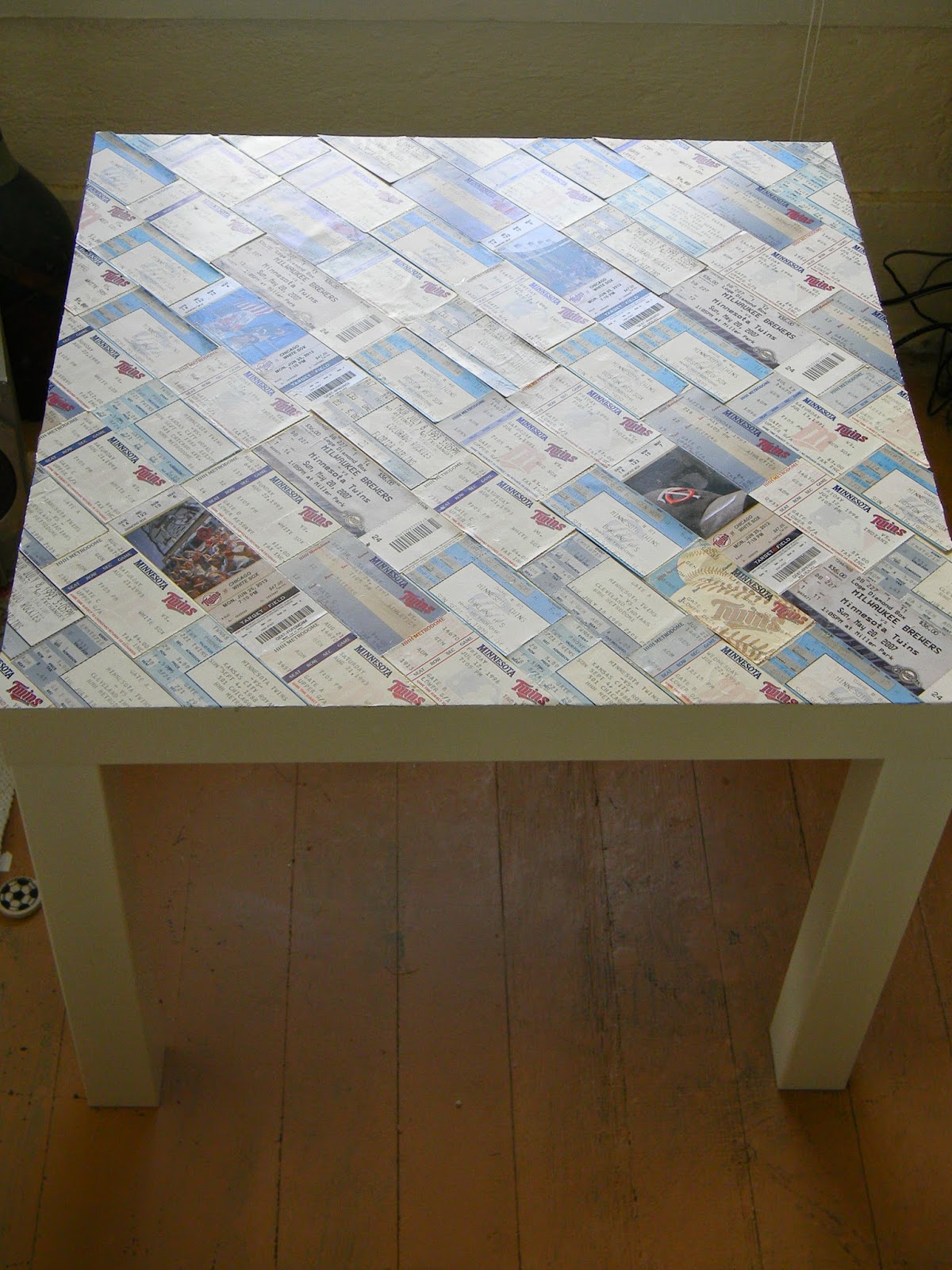 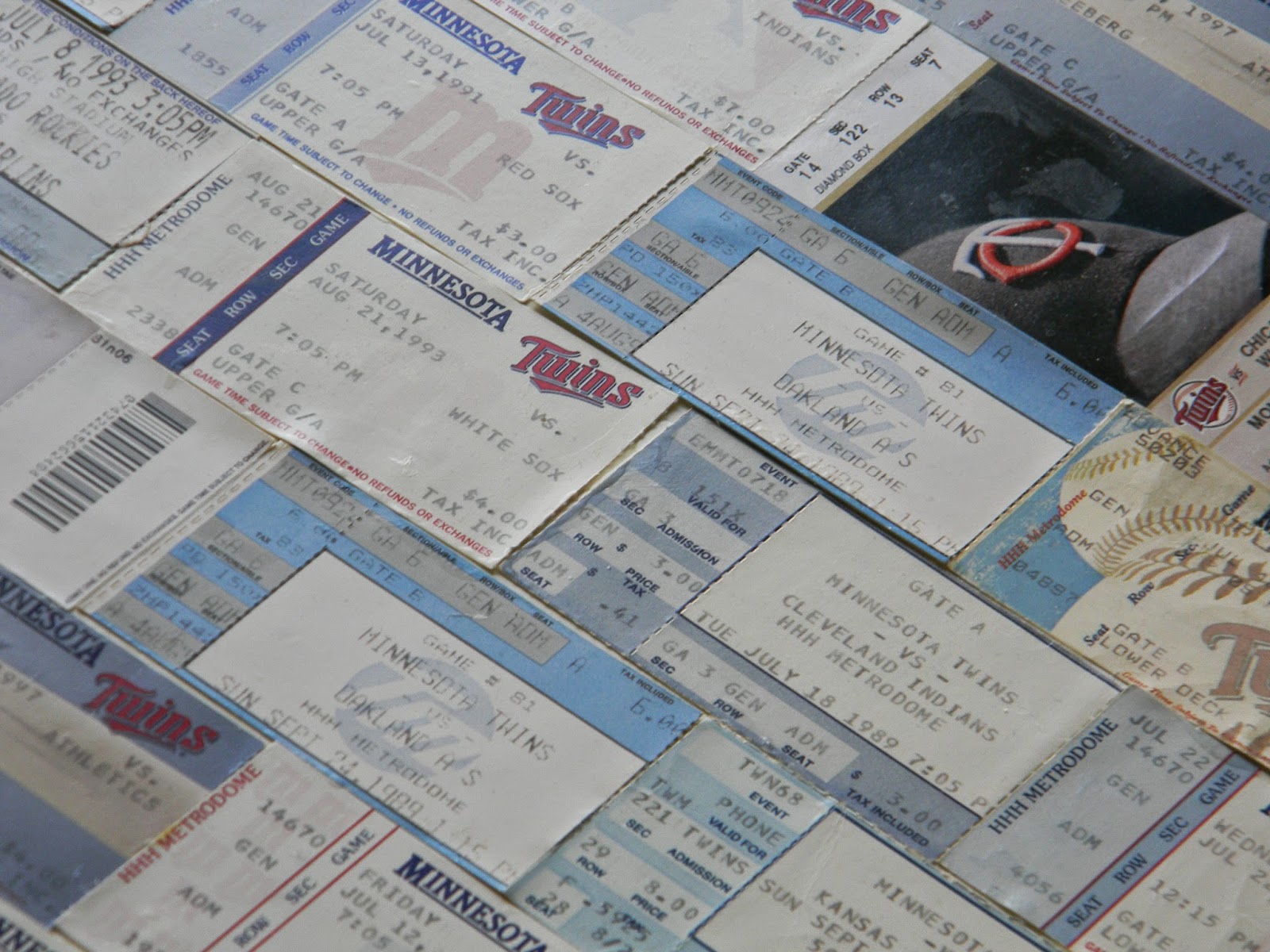 The How To:
All I did was arrange the tickets to how I thought they looked good on the table and then adhered them to the table using Mod Podge. I found it best to let tickets "hang" over the edge as I glued them and when the Mod Podge was dry I went along the side of the table with an Xacto knife. I also found I had to lay something heavy on top of the tickets as I glued them or they tended to curl up, particularly along the edges.

I was going to put Mod Podge over the top of the tickets as well, but I found that the ink on the tickets smeared when I did so. I think I am going to have a piece of glass cut to put on top instead.

This was a super cheap and fun project to do. I don't remember what the little side table cost at Ikea, but it was under $10.
Posted by Stacy at 10:25 PM