﻿
September is typically a busy month for us. Some of the busyness was due to junkin' and when it didn't I found some time to fit it in anyway. Now that things are calming back down, I finally have some time to share!
Three years ago, my husband and I celebrated our 10th anniversary in Fargo. Life for us began in Fargo and our weekend getaway is now an annual trip. Things have changed since those college days and now we can afford to live it up a little by spending a night at the Hotel Donaldson. 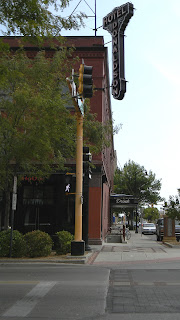 And we always find time for a drink or two. (We just do what the sign tells us to do). ﻿ 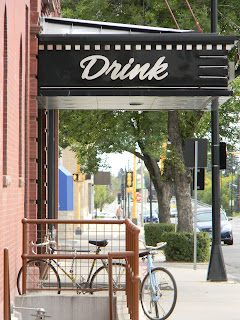 Speaking of drinking.... The Old Broadway is where a boy once introduced me to the Mai Tai. I fell in love with the Mai Tai, but the boy? Not so much.
And... Go Bison!﻿ 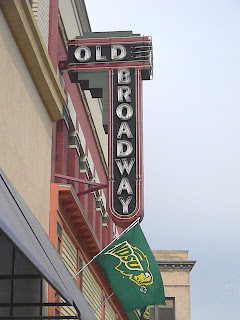 Hey, look! It's a yarn bomb! Broadway was filled with yarn bombs while we were in Fargo. I had never actually seen one in person before, it was really cool. Just another reason to love Fargo.﻿ 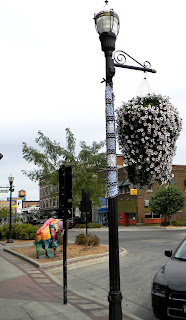 As usual, we did some antiquing on our trip out east. We also checked out some thrift stores while in town and found some neat treasures. If you're in Fargo, you have to hop over to Moorhead and check out the Habitat for Humanity ReStore. It is filled with all kinds of repurposing inspiration; doors, paint, cabinets, hardware, furniture, and the list goes on. Next time I will have to have more of a plan before going there. I did pick up some roller skate wheels, an old lock, and some other little trinkets. Oh, and a set of lockers that my parents had actually purchased earlier in the week that we picked up for them. The best part of the ReStore is it's cheap so come with an empty vehicle.
We didn't find much at the antique stores, but did find some things at thrift stores in Fargo and along the way. But that will have to be a post for another day. ﻿
Posted by Stacy at 10:10 PM