For my daughter's 5th birthday party, we had a Mad Hatter party. She had a tea party the birthday before, but around her birthday I discovered Everything Alice. I knew we had to do an Alice in Wonderland themed party the next year. Really, I think I just wanted an excuse to visit more thrift stores for "party supplies". 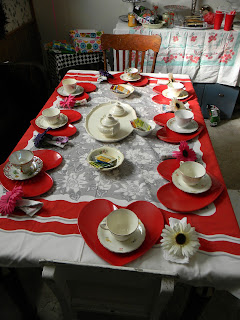 I had a lot of things left from the year before, but I added a lot more to fit this theme. I found some great heart shaped plates at Target on clearance after Valentines Day.
﻿
﻿ 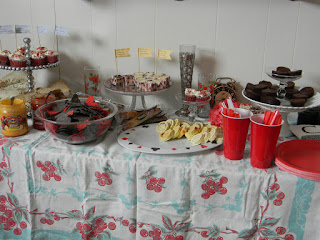 Another great thing about a tea party is you can put out lots of sweets like cupcakes and brownies. We also had tea sandwiches and deli roll ups. 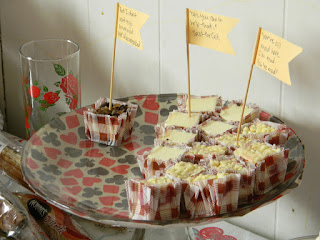 For this cake stand I decoupaged some scrapbook paper underneath. I also added some flags in some of the treats with Alice in Wonderland quotes on them. 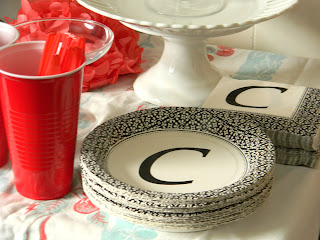 Another great clearance find was these monogrammed plates and napkins I found at Hobby Lobby. 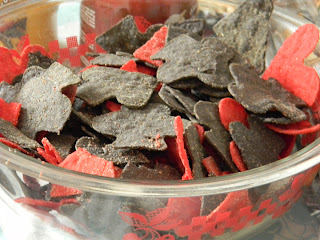 I was pleasantly surprised to find these "Poker Chip" chips at Dollar Tree. It might be hard to tell in the picture, but these chips are in the shape of hearts, spade, diamonds and clubs. 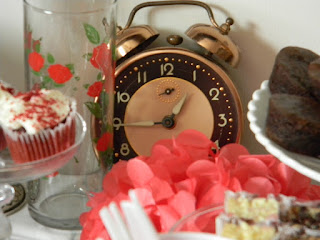 Of course, the white rabbit had to be represented by a clock. 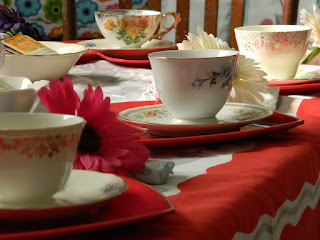 It was fun collecting all the mismatched cups and saucers.﻿ 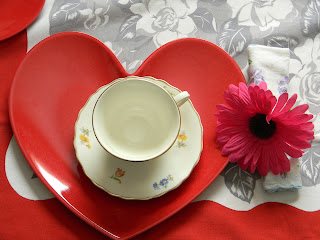 The flower napkin rings are new, but of course I did not pay full price for them. They were found at a thrift store too. The napkins were actually hankies.﻿ 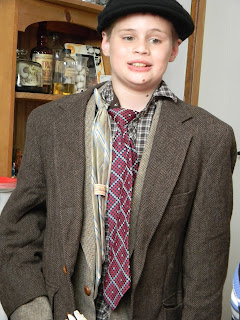 The kids dressed up formally for the tea party. Since it was a Mad Hatter tea party they dressed funny. Here my son has two ties and two jackets on. My other son had three ties on his back.﻿